The most significant impact of climate change in Bhutan is the formation of supra-glacial lakes due to the accelerated retreat of glaciers with increasing temperatures. The result is that glaciers in Bhutan are receding at a rate of 30-60 meters per decade. The melting ice from these receding glaciers is increasing the volume of water in glacial lakes, and the melting of ice-cored dams is destabilizing them, pushing the hazard risk for Glacial Lake Outburst Floods (GLOF) to critical levels. The risk of potential disasters inflicted by GLOF, pose new threats to lives, livelihoods and development. The risks are mounting as water levels in several glacier lakes approach critical Geo-static thresholds.

As a follow up to the UNDP-supported National Adaptation Programme of Action (NAPA, 2005), Bhutan is currently implementing a climate change adaptation UNDP project titled “Reducing climate change induced risks and vulnerabilities from glacial lake outburst floods” funded by the GEF-LDCF with co-financing from the Royal Government of Bhutan, Austria, UNDP and WWF Bhutan.

This project addresses urgent policy priorities from the NAPA and integrates climate risk projections into existing disaster risk management practices and implements corresponding capacity development measures at the national, district, and community levels. The project will also ensure that the existing early warning system in the downstream Punakha-Wangdi Valley, which is not currently equipped to handle the full extent of GLOF risks, is expanded to take sufficient account of this growing risk.

One of the components of the project embodies a practical approach to reduce GLOF risks from Thorthormi Glacier Lake, one of Bhutan’s most dangerous glacier lakes with a worst-case-scenario outburst projection as early as 2010. Preparatory studies for the artificial lowering of Thorthormi glacial lake were carried out in 2008, and since 2009, a multidisciplinary team and approximately 350 workers have been working from July to October every year to drain water out of the lake to release the pressure on the moraine dam and reduce risk of a potential GLOF.

The practical approach to artificially lower Thorthomi lake is simple and innovative. Since use of heavy machinery at the site would further de-stabilize the moraine dam of the glacial lake, the excavation work at Thorthormi lake is done manually with simple tools and implements to dig ice and remove boulders and hereby create a channel to drain out water. This approach moreover provides income to more than 350 local workers and contributes to local enterprise development through their savings.

Facing challenges related to a harsh, high-altitude working environment above 4,200 m. the multi-disciplinary team responsible for planning and carrying out the artificial lowering has established a strong partnership between various government agencies (Department of Geology and Mines, Ministry of Health, Departments of Forest and Park Services, and Department of Roads), the Royal Bhutan Army and district authorities. This partnership contributes not only to the national capacity building in artificial drainage design but also to effective planning, conduct and monitoring of the workforce as well as with regard to environmental, health and safety aspects.

The result of the artificial lowering of Thorhomi lake is increased safety for downstream communities and infrastructure. With a majority of Bhutan’s population, economic activities and infrastructure development concentrated in large river valleys, climate-induced GLOFs could cause colossal human and economic devastations. The project has generated great interest and increased the focus on climate change induced disasters and the importance of preparedness and planning, aspects that are being further addresses through awareness campaigns, community trainings and designation of potential red zone areas and evacuation sites. Furthermore, the two large hydropower projects located downstream in the sub-basins of Punakha-Wangdi valley will benefit from the automatic flood-level sensors of the early-warning system.

The lessons learned in this project will facilitate replication of GLOF risk reduction in other high risk areas, and also enable up-scaling of early warning systems in other areas vulnerable to GLOFs, both within and outside Bhutan. 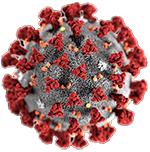